1905 was the year when the first Laurin&Klement auto left the factory in Mlada-Boleslav, more famous as Skoda nowadays. A Voiturette weighted about half a tonne and had a speed up to 40 km/h. Also it was ver loud:)

As far as you could have already understood, today I’m going to show you some retro autos by Skoda. Girls, trust me, it’s even better than a vintage! I’ll do my best to present the history step by step, starting with this absolutely adorable little one, of course! 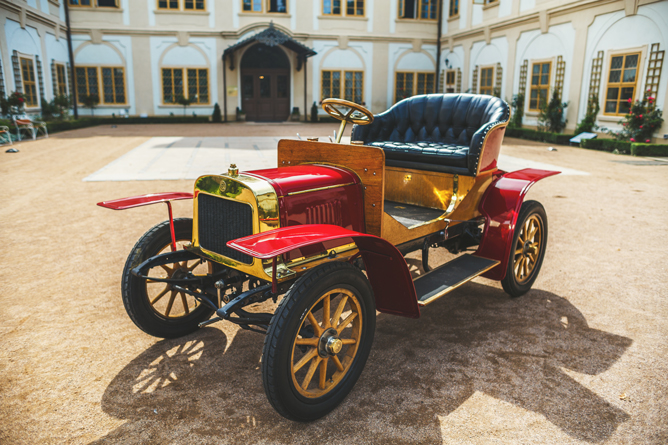 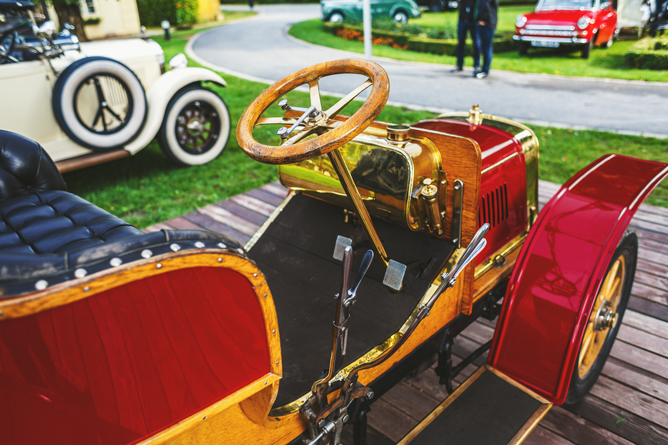 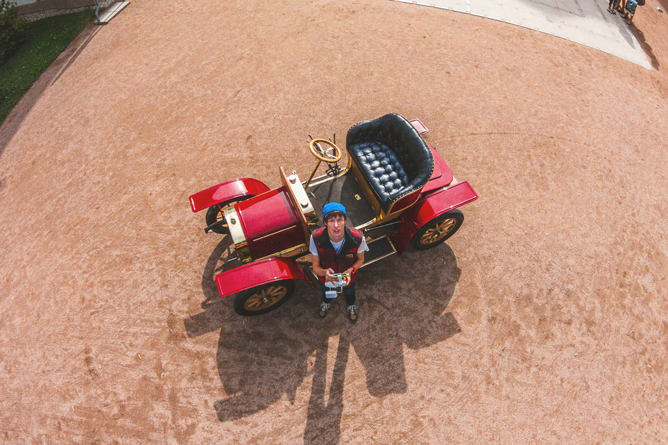 Up to the First World War Laurin&Klement were growing fast and confidently, conquering the world with their racing cars. Those had a speed of 75 km/h and probably felt way more scarier for drivers, than we can imagine:) By the way, they also had some racings in Russia. A road from St. Petersburg to Moscow (what a challenge it probably was!) allowed 100 h.p.  Laurin&Klement FC to win the first prize.

If there are some things in the world, that do never change, than people’s addiction to buy what is being advertised, probably one of them:) Now we buy everything adviced by the celebrities and back than it were racingts, that showed people which car should they better buy. In year 1912 the’ve sold 397 autos and, trust me, it’s a great result!

But a real success came to Skoda in 1925. It was the year, when Skoda 110 appeared – the only auto that had both Laurin&Klement and Skoda on it. I already showed it in our shooting devoted to “Great Gatsby”. 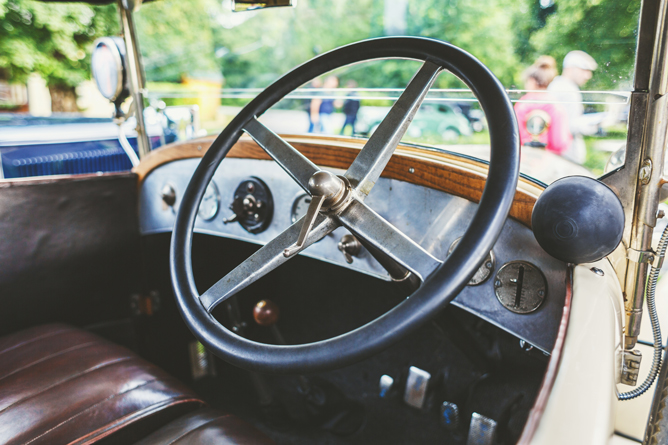 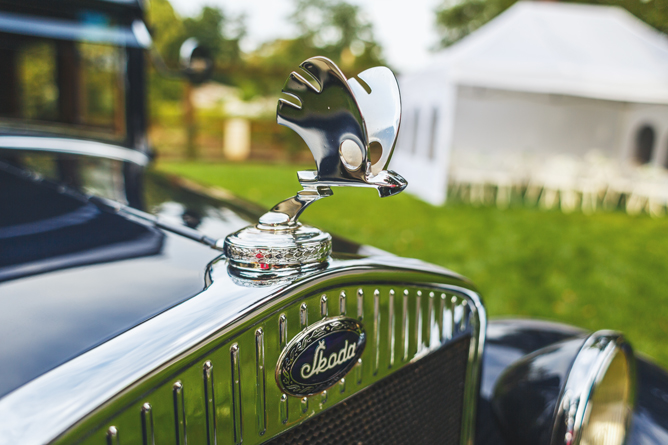 After a great renovation of an assortement, Skoda introduced its new model – 422. It was the very first “pop-star” among autos. By the way, it was successfull not only in Czech, but also all over the world. Of course, other beloved models followed.

So let’s get stright to the year 1934. A year, when Superb first appeared. Rapid also belongs to those times. Wel,, it goes without saying, that their possibilities now look a little childish – from 26 up to 96 h.p. But what a variety! 2 or 4 doors, with or without roof, sporty, tracks and pick ups. I wonder if they do have so many today?:) 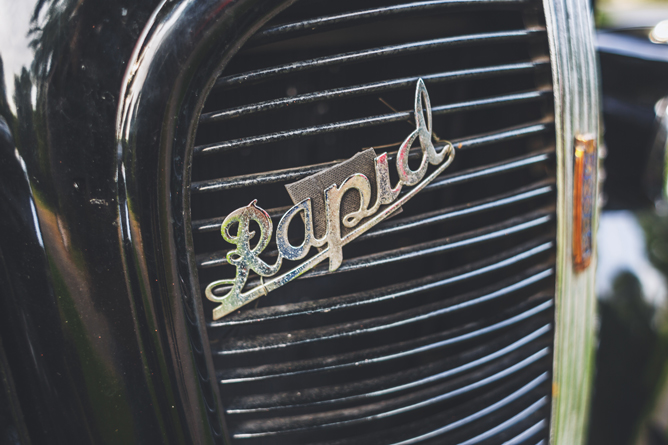 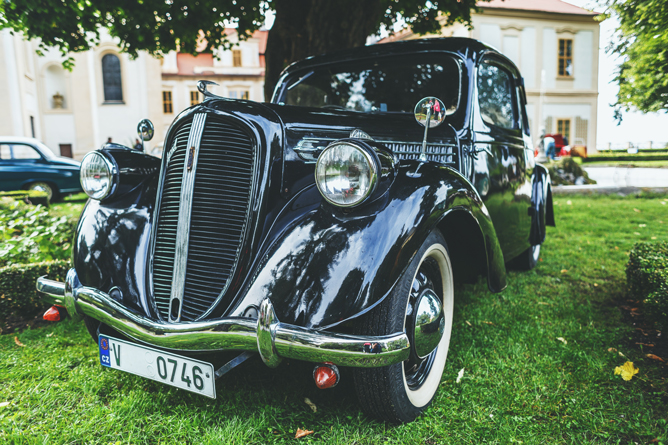 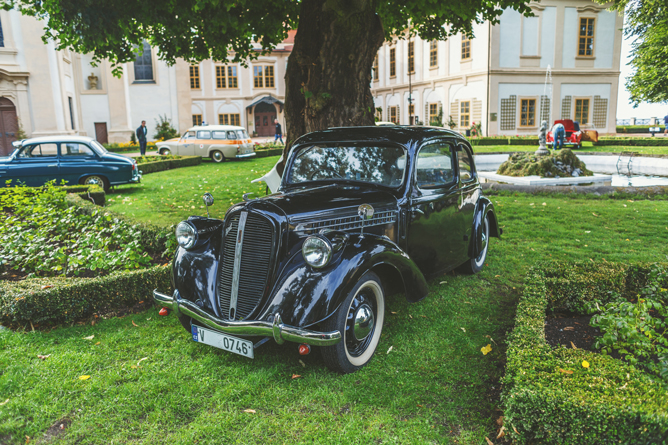 Meanwhile they continued their racing activity. They went through India, USA and even USSR and participated in a luxury Monte Carlo rally. Those times continued upt to the II World Wasr, when the Mlada-Boleslav factory was destroyed by a bomb you will never believe, when – on the 9th of May, 1945.

It didn’t stop them from making a brand new car in the begining of 1846 already. That is when two doors Skoda 1101 appeared. Locals called it “Tudor” ( I would have never guessed, it comes from “Two doors”, would you?). 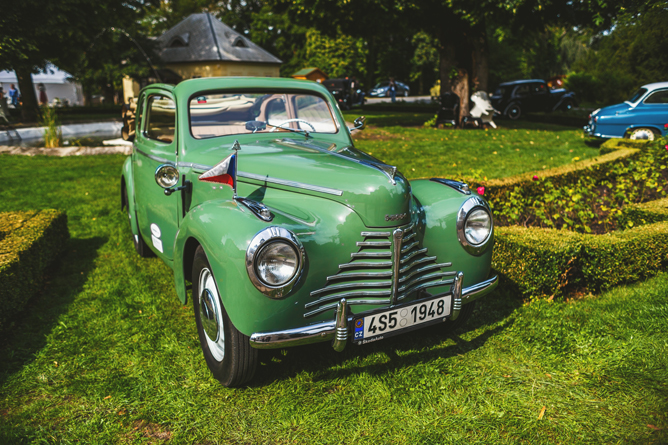 Ambulance cars made on the Skoda 1200 base, that were exported in a gret ammount ot USSR, by the way, were first made in 50-es. They were first made as a transport for a patient and two doctors. But Russians are too original:) They got rid of medical equipment and used it as a casual car! With a little bit strange form:) 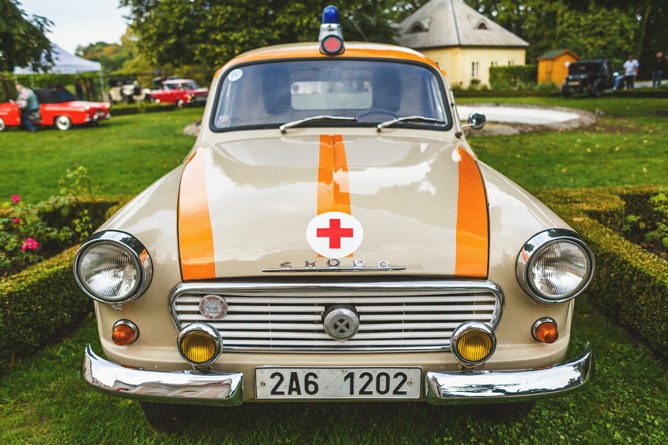 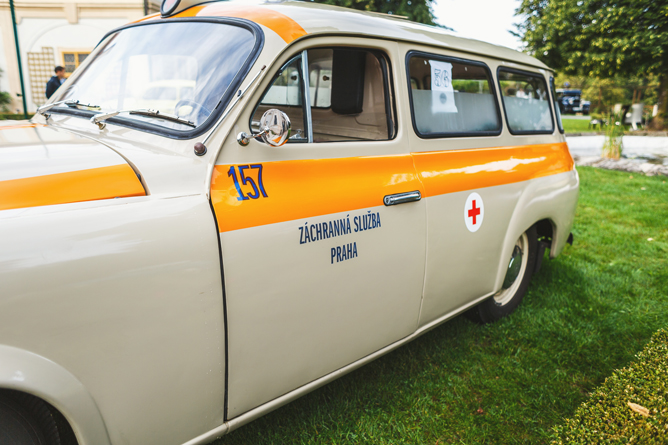 At the same time Skoda 440 Spartak was having its first test-drives. That one was a 40 h.p. and two doors car. It was already 1955 when a commercial producing begun and two years later it received an improvement of 5 h.p. and a new number – Skoda 445. More than a half of those were exported (and that is 10-15 thousands, just think of it!). They were sold in Great Britain, Belgium, Scandinavian countries and even USA. 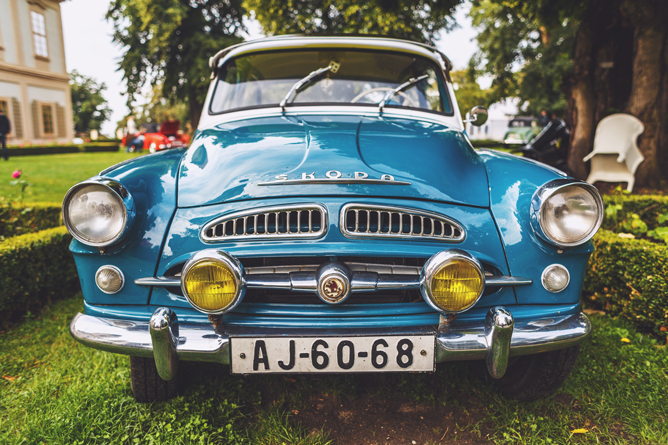 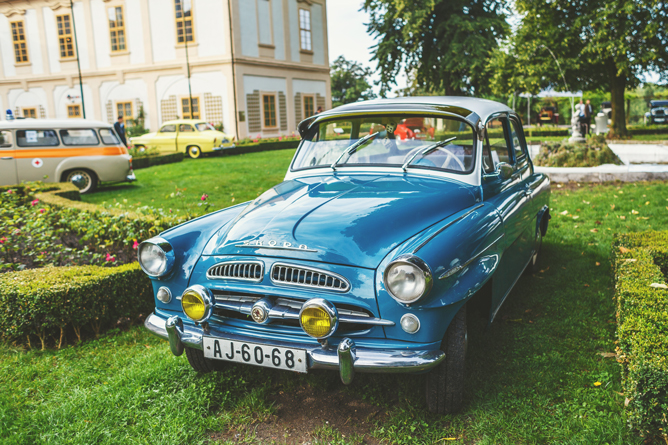 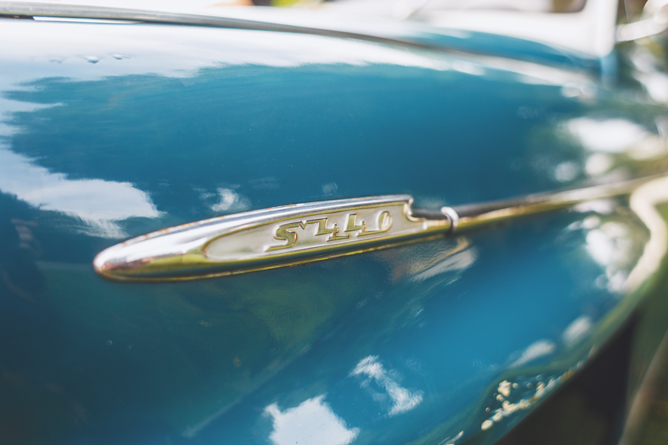 Why am I even so detailed about Spartak? Because it was “a father” of my favorite Octavia. Honestly, it turned to be, that I do not only love the modern version, but an old one in a possitive yellow color as well. We did a test-drive around Loucen castle in Czech twice (!) and also made an interview with its owner. You will soon see it in our second video from this trip, that is devoted to a history of the brand. The first video, let me remind, was about the modern cars of Skoda. 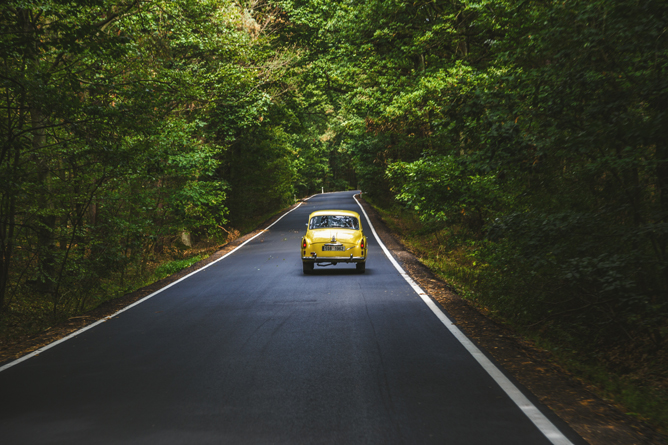 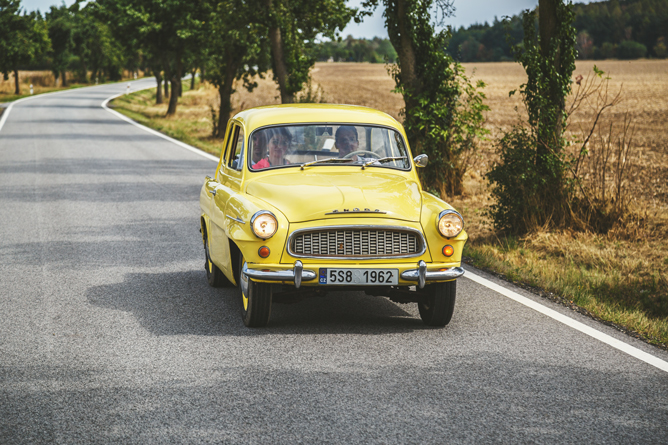 Officialy, its max speed is 115, but on 80 it already shakes and roars so much, that you literally become scared! Not for yourself, but for that little cutie, that is about to fall apart. 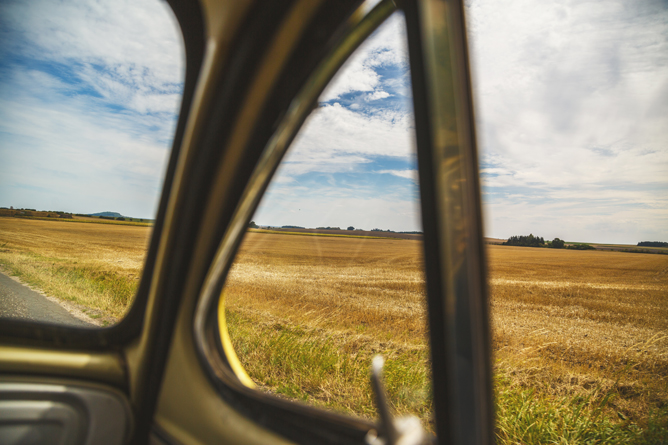 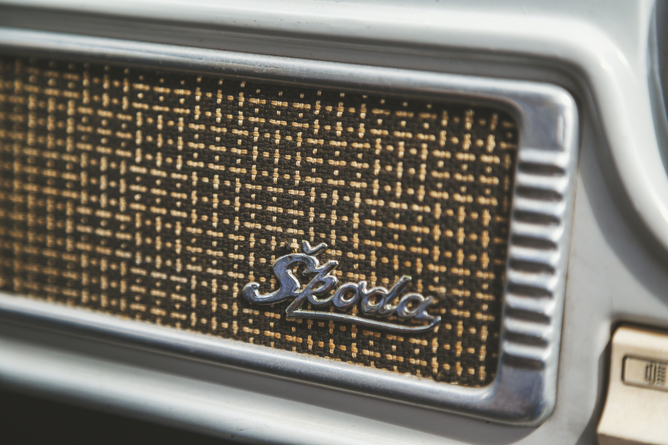 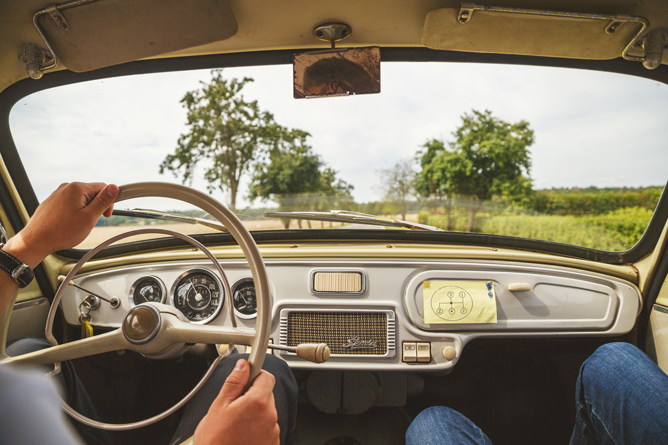 But anyway, oldtimers are a unique world, that somehow preserved till our days. They have a very special atmosphere, like in an old movie. 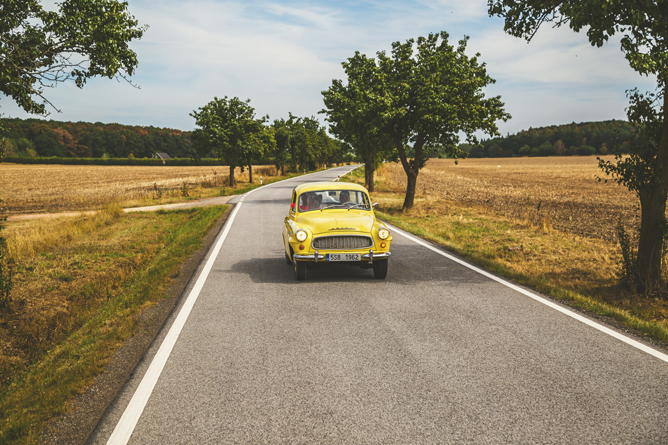 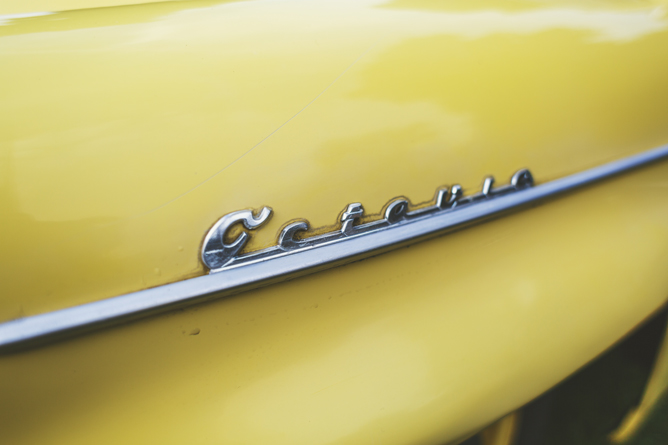 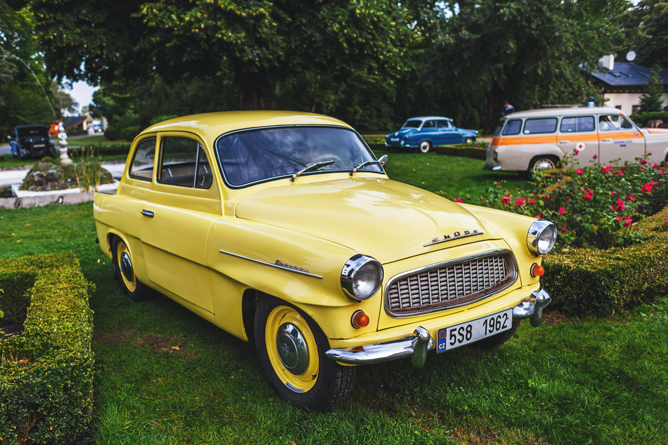 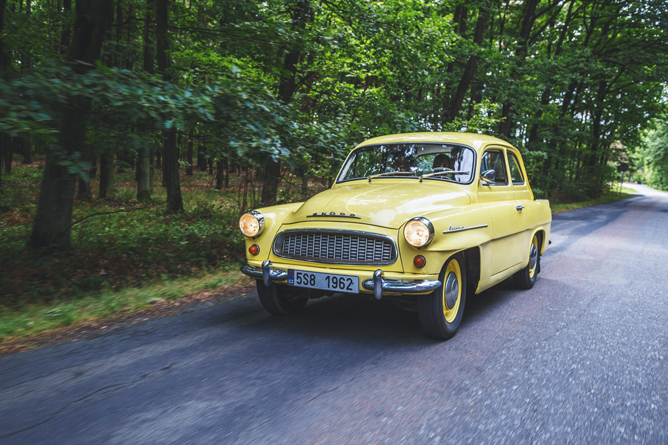 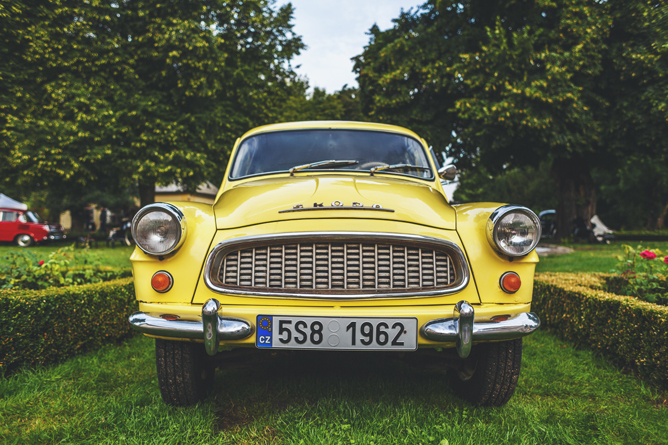 Octavia as produced up to 1964. During the years it grew a huge fans audience in Finland, Sweden, Great Britain and even in Equador, Japan and Canary Islands. Thanks to the favorite racings, as well, of course:) Finnish team, for example, got a sixth prize on a Monte Carlo rally. Try to ignore it!)

The most romantic of all Skoda cars – “Felicia” – was also produced on Octavia base. So sad, this name is not used today! Americans became such a fans of this model, that even offered to buy 15 000 cars. Unfortunately, Skoda could have only offered 50. And not thousands:) So funny to know, that today they normally produce 3 000 per day:)

A renowed “Felicia” was one of the most popular cars in Russia in 80-es. And today it was as well overpopular among Russian journalists. They used it so often, that it even broke a little. I was so scaried! Just imagine emotions of its owner! Luckily, he fixed everything fast enough. 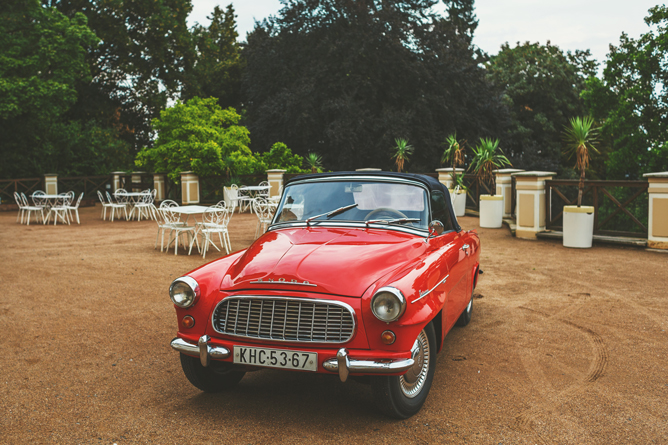 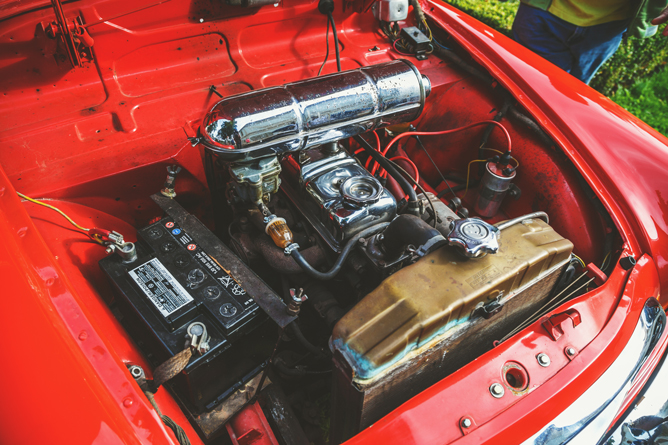 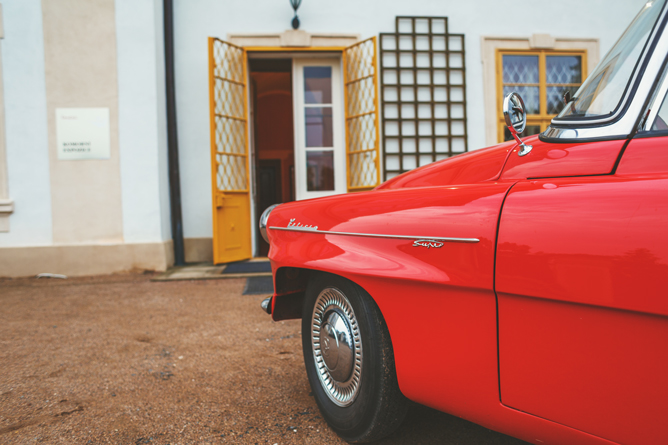 A new history of Skoda begun, when they joined international Volkswagen group. The first auto produced under their’s leadership was Octavia, by the way. Of course, today’s cars do not probably have a soul, as oldtimers did, but after all, it’s so cool they use historical names in Skoda. Because there is really a lot to be remembered. Especially in a country, that pays such a great attention to cars. 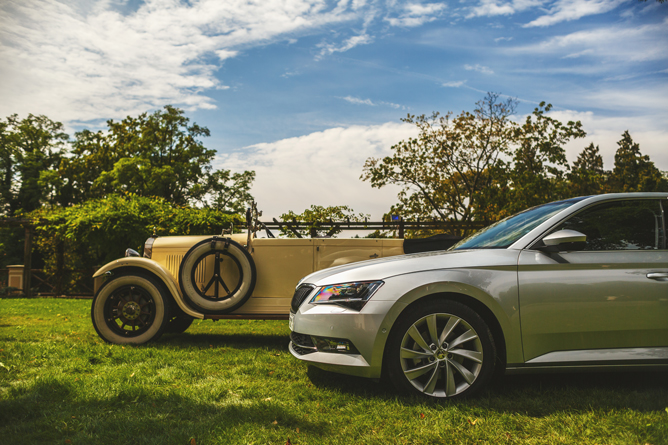 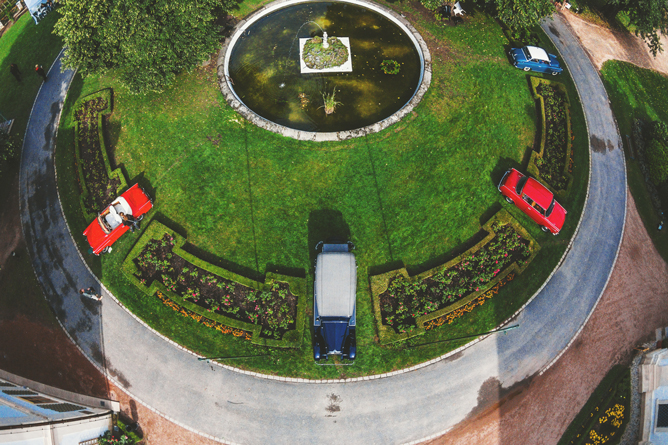 Maldives: from a heaven on Earth to the five stars heaven

Sun Aqua Vilu Reef: a place, that is always so welcoming