Home Articles To disclose or not to disclose? Everything you wanted to know about the disclosure policy for bloggers
ArticlesLifestyle

To disclose or not to disclose? Everything you wanted to know about the disclosure policy for bloggers 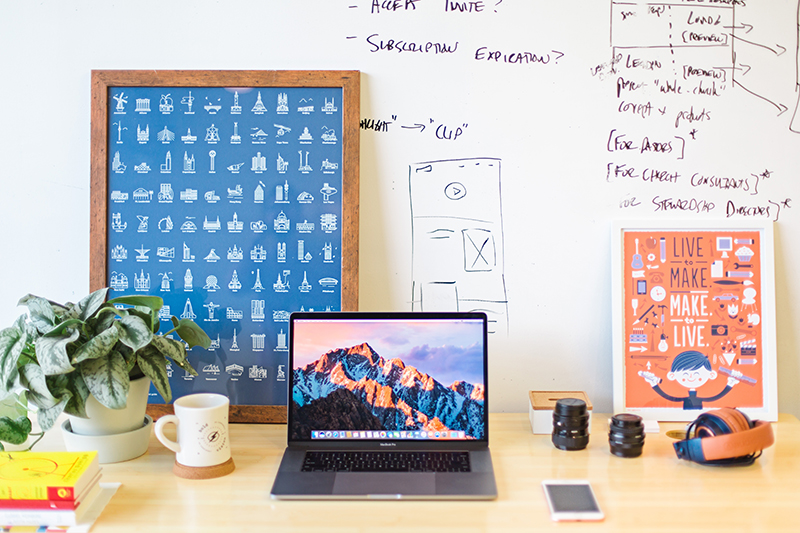 That’s phenomenal how in several years of doing ‘Blogging tips’ on my blog, I’ve never even tried to throw a spotlight on how and to what extend should you let your readers know, if you’re using affiliate links, was paid for this post or offered a free treat. We have discussed how to find new partners, how to pitch awesome collaborations, but have never ever discussed the proper way to behave with your audience.
This inspiring and detailed post ‘IS WOMEN FAILING TO DISCLOSE PAID WORK ON SOCIAL MEDIA JUST ANOTHER SIGN OF THE PATRIARCHY?‘ by my absolutely fav New Zealand blogger Lucy Revill made me admit it was only my fault. Let me be honest with you – I was probably avoiding this topic for so long just because I’m not a great example of being transparent as blogger and Instagram influencer myself. Disclosure policy was nowhere near small talks among bloggers in Russia. We would better pretend we were shopping for Christmas presents and found so many wonderful things we just HAD TO share, than admit we were paid by this shopping mall to take some pictures. Even today you can easily spot local influencers eating frozen pizzas or packing fancy suitcases without a tiny mention they are in some sort of business relationships with these brands.
I think, my home country is not the only one, where blogging was developing that way. And that’s OK to make mistakes, while doing your first steps. But I think, it’s time to investigate the topic, improve your performance as blogger and to be honest with people who follow you now. So I chatted to Lucy and found out some core facts each influencer should know.
After reading this interview I would HIGLY recommend to read her post, linked above, as well! 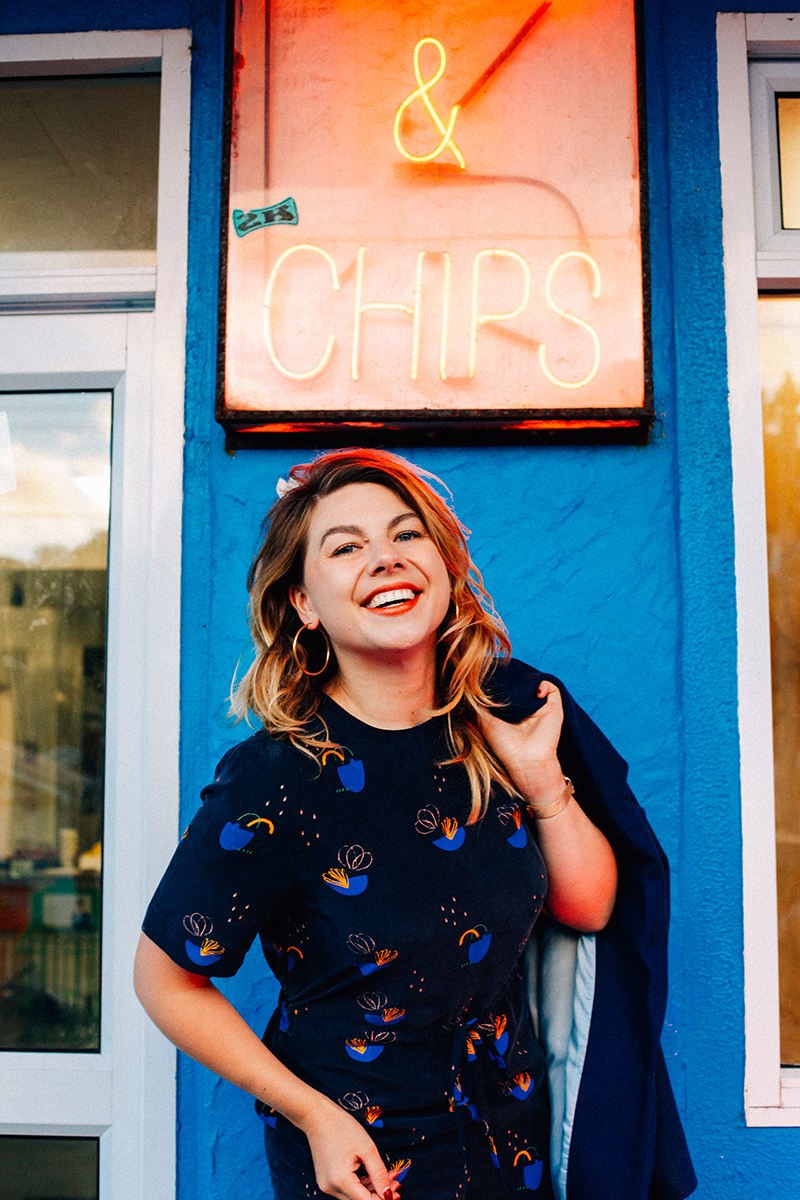 Lucy Revill, The Residents
What types of ‘sponsored’ content are out there?
Wow this is a biggie! Okay, traditionally a sponsored post is one where money has been exchanged for a review or a piece of writing, photo, video or similar piece of content creation. This is common practice in the mainstream media, although less disclosed. For example, a radio channel could have an agreement with a radio station for giving away a box of Cadbury Favourites, share on their social channels and talk about it on the radio and they will be paid to do this. In print or a magazine, this is likely to be more noticeable because the piece will be marked ‘sponsored content’ or ‘advertorial’.
In the blogger/influencer world, there is a higher level of disclosure required because of the fluid nature of the media and the fact it is built on having an ‘authentic’ audience. The current ASA guidelines for identification of an advertisement require that any paid post is clearly disclosed.
Should you tag each product you didn’t buy yourself as ‘sponsored’ or ‘ad’?
A PR company sending an influencer or blogger a gift is not considered ‘sponsored’ in New Zealand. Rather, it is an invitation to treat. For example, if you went into a store and were handed a perfume sample by a shop assistant, there would be no expectation that you would tell your friend afterwards that you liked the scent. However, sometimes one can do this. Recently, I was sent a $100 voucher for a restaurant chain. I was generally not that into the food, so I decided not to post. There was no contractual obligation on me to do so and the brand couldn’t enforce that. Sometimes a brand will follow up, and try to chase you to post, in which case I just explain why I am not posting, ie I don’t see a story and I wouldn’t recommend the product that they want me to write about.
Sponsored or Ad are both fine according to the New Zealand ASA guidelines. What you SHOULDN’T tag them as is ‘Collab’, ‘Sp’ or ‘Spon’. Why? Simply put, it’s confusing and arguably misleading. Misleading or deceptive statements or claims can be a breach of the Fair Trading Act. The Fair Trading Act exists to promote fair competition and in this way it contributes to the economic wellbeing of all New Zealanders. It prohibits certain conduct in trade, provides for the disclosure of consumer information relating to the supply of goods and services and promotes product safety.
Well, if we take the UK ASA approach, it has been found this does not provide adequate disclosure because its deliberately ambiguous and can’t be interpreted by someone outside the industry as to whether the post was paid or not. A which is paid needs to be CLEARLY disclosed.
The UK approach also requires you to disclose if you are provided with vouchers or similar as an ‘ad’.
What will happen if you don’t tag paid post as an “ad”?
Unfortunately, legally, the honest answer is ‘Not Much’. The ASA has not yet adapted to the internet age and therefore isn’t set up to act quickly to respond to lack of disclosure online. Currenly, the ASA Codes are self-regulatory principles and the ad industry voluntarily agrees to abide by them. Any member of the public who considers there has been a breach of the Codes may complain to the independent Advertising Standards Complaints Board. So, in theory, you or I could complain about another person in the blogging/influencing industry that does not disclose a paid post. However, it can be hard to tell what is paid and what isn’t paid without evidence. If a complaint were successfully brought, the Complaints Board will seek comments from relevant parties and adjudicate on the complaint. Parties may also appeal a Complaints Board decsion to the independent Appeal Board.
If a complaint is upheld the advertiser, communications agency and media are required to withdraw the advertisement.
However, this process takes a long time. If this were to happen, it is more likely a brand or influencer would withdraw a post. The ‘mischief’ however, has likely already been done where that post has been seen by many people on that influencers profile. So withdrawing it isn’t really going to have much impact.
More significant is the reputational damage that can be done to a brand by not disclosing. This is what happened with the Kardashians who were brought to court in New York because they had been paid hundreds of thousands of dollars to promote various products, including Waist Trainers and Jelly Bear Gummy Vitamins. They were fined for not disclosing this.
You need to remember, before you don’t disclose, than hopefully your audience is smart enough to know if you are being asked to deliver branded messages or use specific hashtags. If they cotton on, they may lose respect for you if you don’t act honestly towards them. It isn’t 2013 anymore. People are very much aware that something is happening in the advertising space with bloggers and influencers and brand, even if they aren’t entirely sure of the specifics. Don’t treat your audience like idiots. They won’t appreciate it. Tell them honestly that you need to put food on the table, pay your Lightroom subscription or afford more storage on Dropbox. It isn’t free. They need to understand this is a job, or part time job, or hopefully future job for you. They’ll respect that, particularly if you keep up quality content – that is why they hopefully follow you.
Should you have a special page with the disclosure policy on your blog?
Yes. You should disclose if you use cookies and that you will mark posts with Sponsored or Ad if they’re sponsored. Be honest. See my page for details in footer. 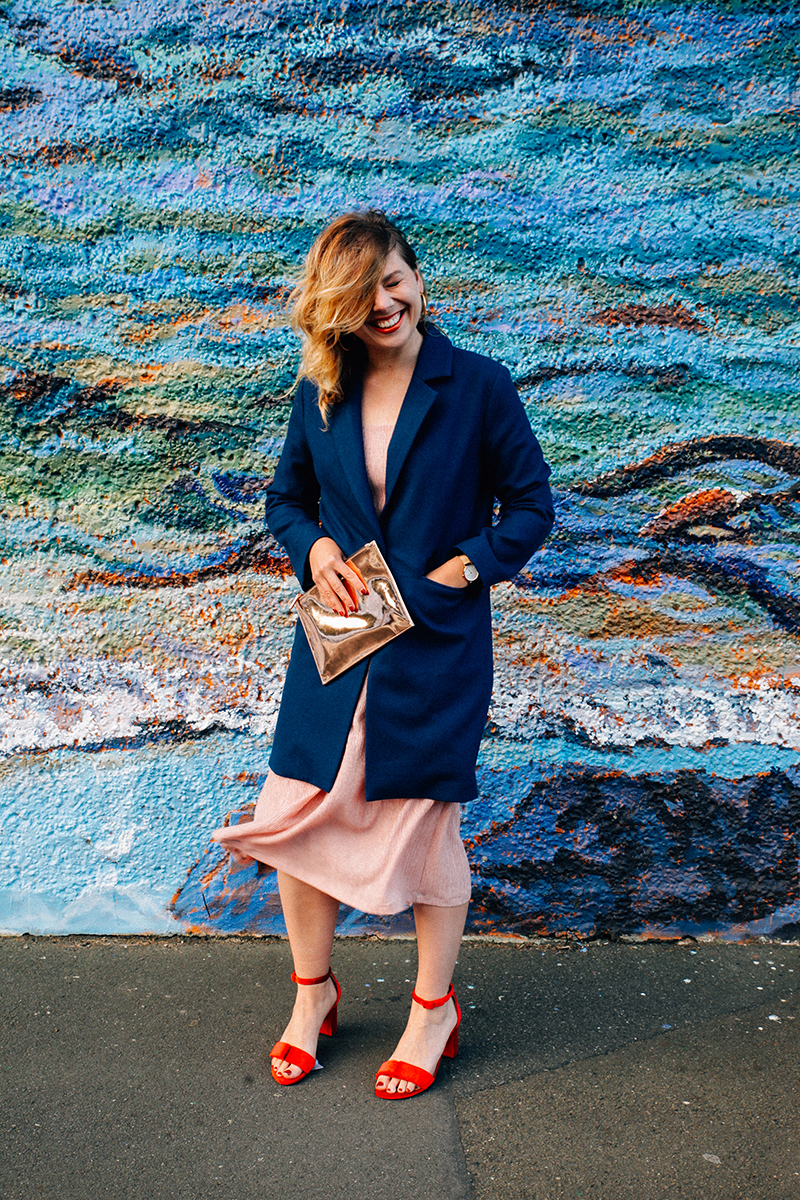 Where can we receive more information on this topic?
Read the NZ ASA Guidelines. Check out other influencers posts (some of my favourites linked here).
previous post

Dinner with a view: Brooklyn Patio & Eatery in Tauranga

The most beautiful travel movies to watch during...