Home Food V on Wheels: what I ate in a week in moving pictures
Food

V on Wheels: what I ate in a week in moving pictures

When it comes to food, I’m seriously considering to name Tauranga “a vegan paradise”. So many vegan/raw/healthy food cafes around here, such a great choice of products in supermarkets and even some pre-cooked delivery options for the laziest people like me. Talking about the last one, I am a huge fan of V on Wheels – first vegan delivery in New Zealand, that was founded here, in Tauranga.

They have new menu every week, so you never get bored of flavours (though you might miss your favourite ones sometimes!), super affordable (around $15 for a dish), deliver to your door and on the same day, if ordered before 12pm, and the portions are so huge, it’s actually enough to feed two or to have the same dish both for lunch and for dinner.

We take V on Wheels containers on picnics, I love to indulge into Mila’s vegan ricotta & spinach roll after my workouts, but there was always one more option on their website I wanted to try so badly, but never had a chance. Until last month! And I’m talking about the Detox Box, of course. 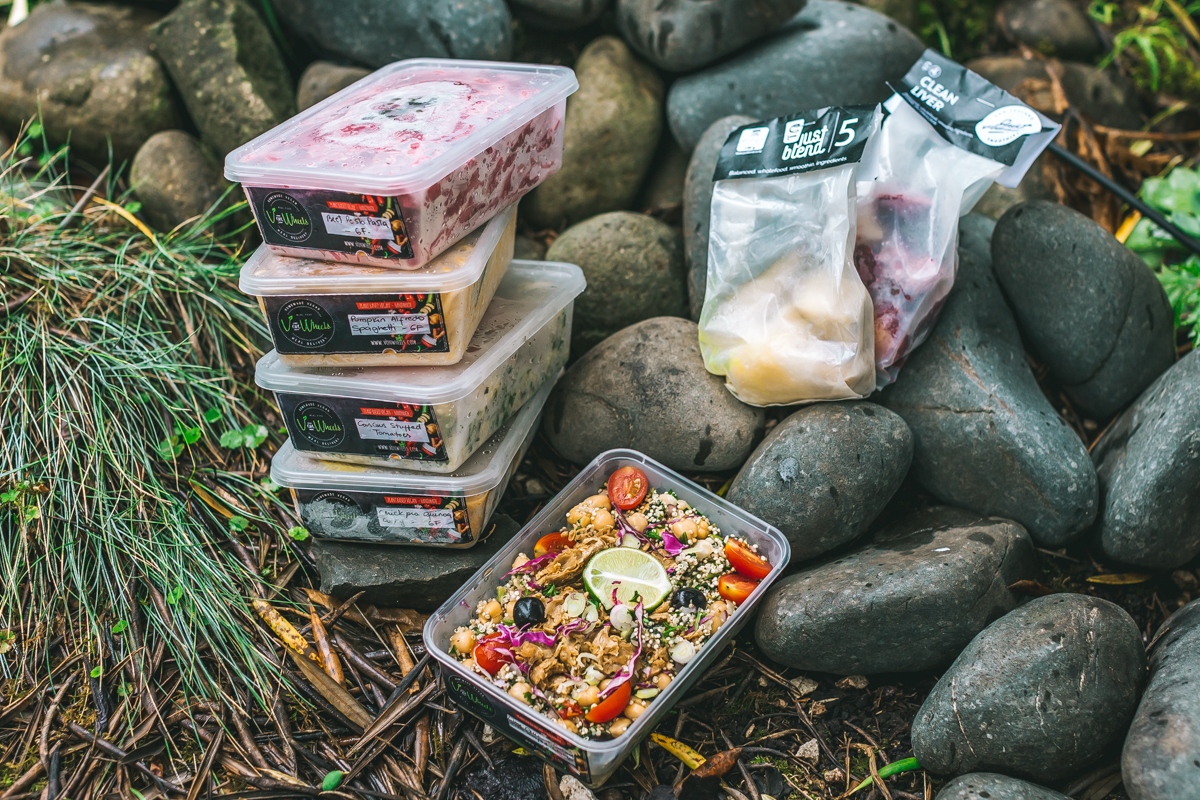 And it’s not that scary “forget how to eat and be thankful you’re still allowed to have some water” types of detoxes, that you might be thinking about right now. V on Wheels Detox Box was designed to nourish and balance your diet with a daily dose of healthy, flavourful meals. It is not about restrictions, rather – about making smarter choices and getting your food habits back on track.

It is a set of five breakfast smoothies supplied by “Just Blend” and five main meals, cooked with love by Mila Arena, the gorgeous founder of the delivery. Most of the meals are delivered frozen, so would last in your freezer for a week easily. Every week the menu is different – just like with the separate dishes, but the food is always equally delicious. For example, this week they have Cauliflower Alfredo Pasta, Chickpea Curry with Brown Rice, Lentils Chilli, Veggie Rice Noodle, Mushroom Risotto. I mean, how yum is that? Go, satisfy your unexpected food cravings and get back to reading, I totally get it!

I loved blending smoothies every morning. To be honest, it was the first time I was doing something like that: smoothies were delivered as frozen fruits, in five separate packages, with all the ingredients in the exact amounts you’ll need for each portion. So all you have to do is to take a package out of the freezer, add water or plant-based milk, blend and enjoy your breakfast! By the way, I enjoyed all of them. But if I needed to pick the best one, it would be “Energy Nut” with banana, dates, peanut butter, vanilla, cacao and powdered coconut water. Like having a dessert for breakfast! “Clean Liver” was my least favourite, if you ask – it was a bit “thiner” than the others, pretty much like a juice, whereas I really loved that rich and thick texture with lots of different accents the rest of them were boasting with. All thanks to bananas, oat and even… kumara! You heard that right:) 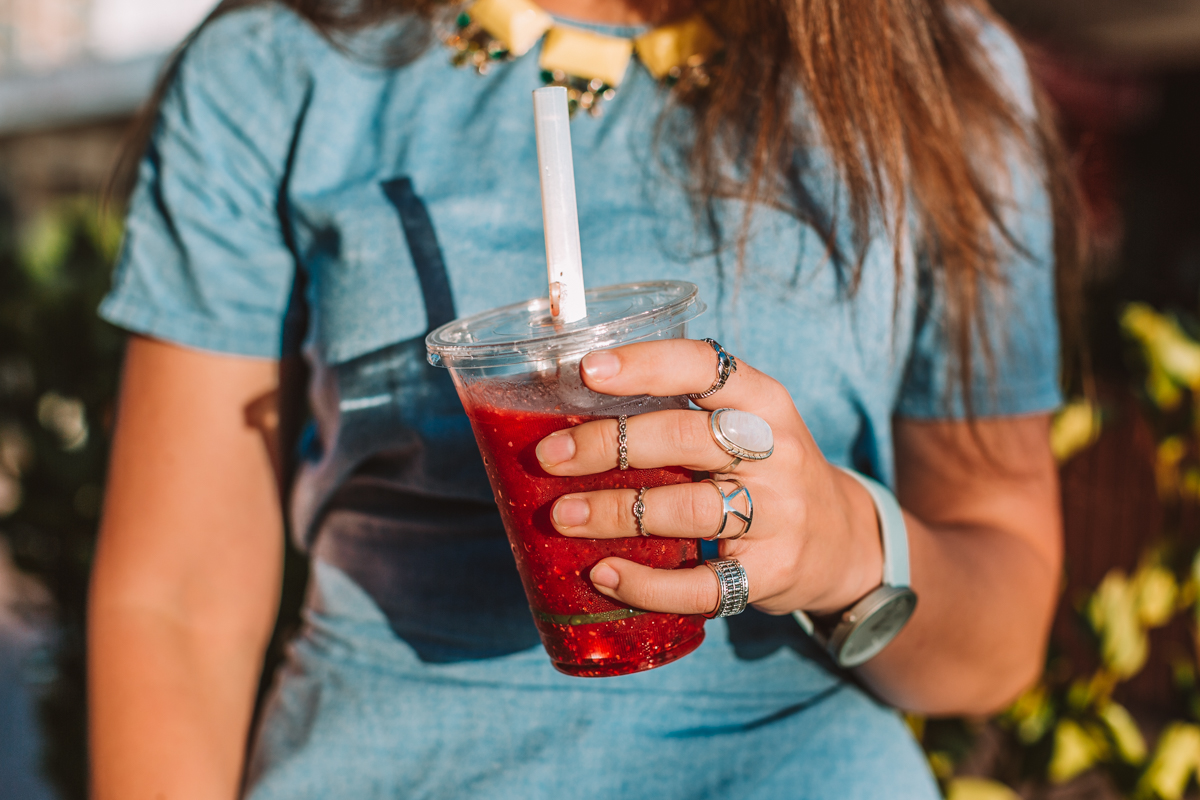 But the most interesting part is obviously the food. To be honest, Alex, who shared this entire detox week with me (enough to feed two, remember?), begged to ask Mila for a recipe or two – the meals she offered us were so creative and yum, nothing to do with my boring, old-fashioned options:) He still hopes I will be able to recreate them some day, haha!

So what did I have after all? My menu included Creamy pumpkin Alfredo gluten free spaghetti; Couscous stuffed tomatoes with vegan cheddar; Broccoli-chickpea and spinach-quinoa curry; Beetroot pesto gluten free pasta; Lime, quinoa, chickpea fresh salad with “Sunfed” plant based chicken and olives. And now I’m going to show each and every of them in moving pictures. Click on the image, wait for the red line at the top to be uploaded and drag the mouse to the left and to the right to explore each dish in details.

Since it was the only dish that wasn’t frozen, we decided to start with the chicken salad while it was still fresh. And couldn’t have made a better choice! Definitely one of my favourite V on Wheels meals now. It has that very special thing I love in vegan food so much – you feel full, but light at the same time.

From highs to lows – the next day we dined with the meal I probably enjoyed the least of all. In my opinion, freezing it just didn’t do any justice to the beetroot pesto and turned it into a weird small clots with nearly no flavour. I saw it on Instagram, when Mila was cooking it, and the dish looked divine. Hopefully, I’ll get a chance to try it fresh one day!

Another yummiest thing on Earth! Mila used container with two sections for this one, so the portion in general was a bit smaller than the rest of them, but was still OK:) Chickpea curry had that amazing, super-traditional for Indian food spices and creamy texture, that I couldn’t get enough of.

Gosh, how do you defrost this one?! Tomatoes were stuffed with couscous so densely, it literally took us ages:) But once we succeeded – we demolished an entire meal in seconds, so good it was. By the way, surprisingly I even enjoyed the vegan cheese. For some reasons, I never liked vegan cheeses and I think that is the only vegan alternative that is not as good as the original product (because many vegan meats these days are even better than the real meat… they way I remember it from 5 years ago, for example).

We had pumpkin spaghetti to wrap up this week. The only reason it survived for so long is because Alex is not a huge fan of pumpkin. Unfortunately, it didn’t mean I could eat everything myself:) He decided to go to the end and never regret it. I mean, how can you NOT like creamy pumpkin sauce?

To be honest, when the last meal was over, I was a bit scared. First of all, how on Earth am I supposed to cook the food myself now? And secondly, I was really afraid to start stuffing my face with nachos and chocolates again after a week of feeling light, healthy and strong. Well, I still love chocolate more than anything:) But what I learned in a week was that I can actually stop when I had enough and do what is good for my body, not only for my taste buds. 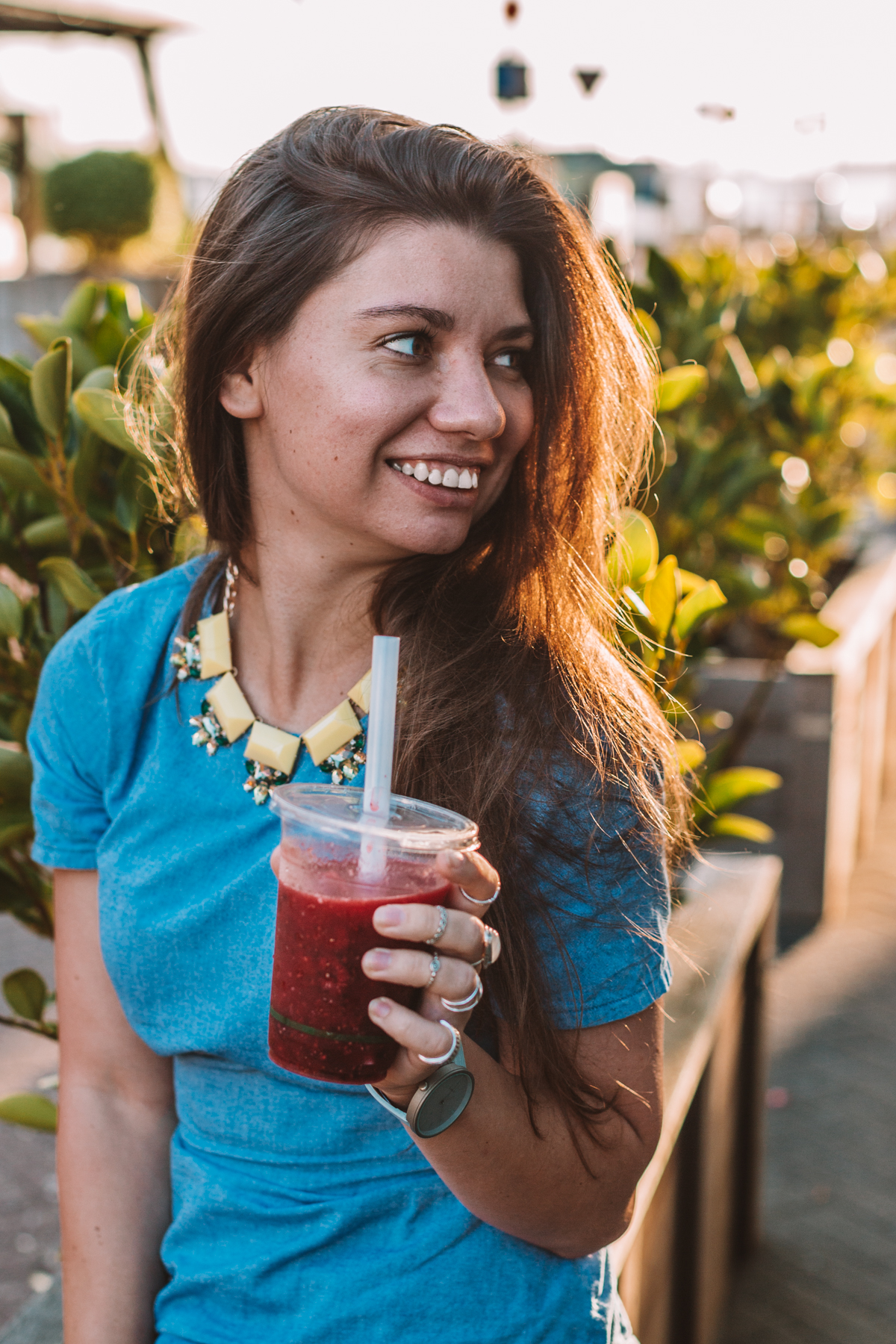 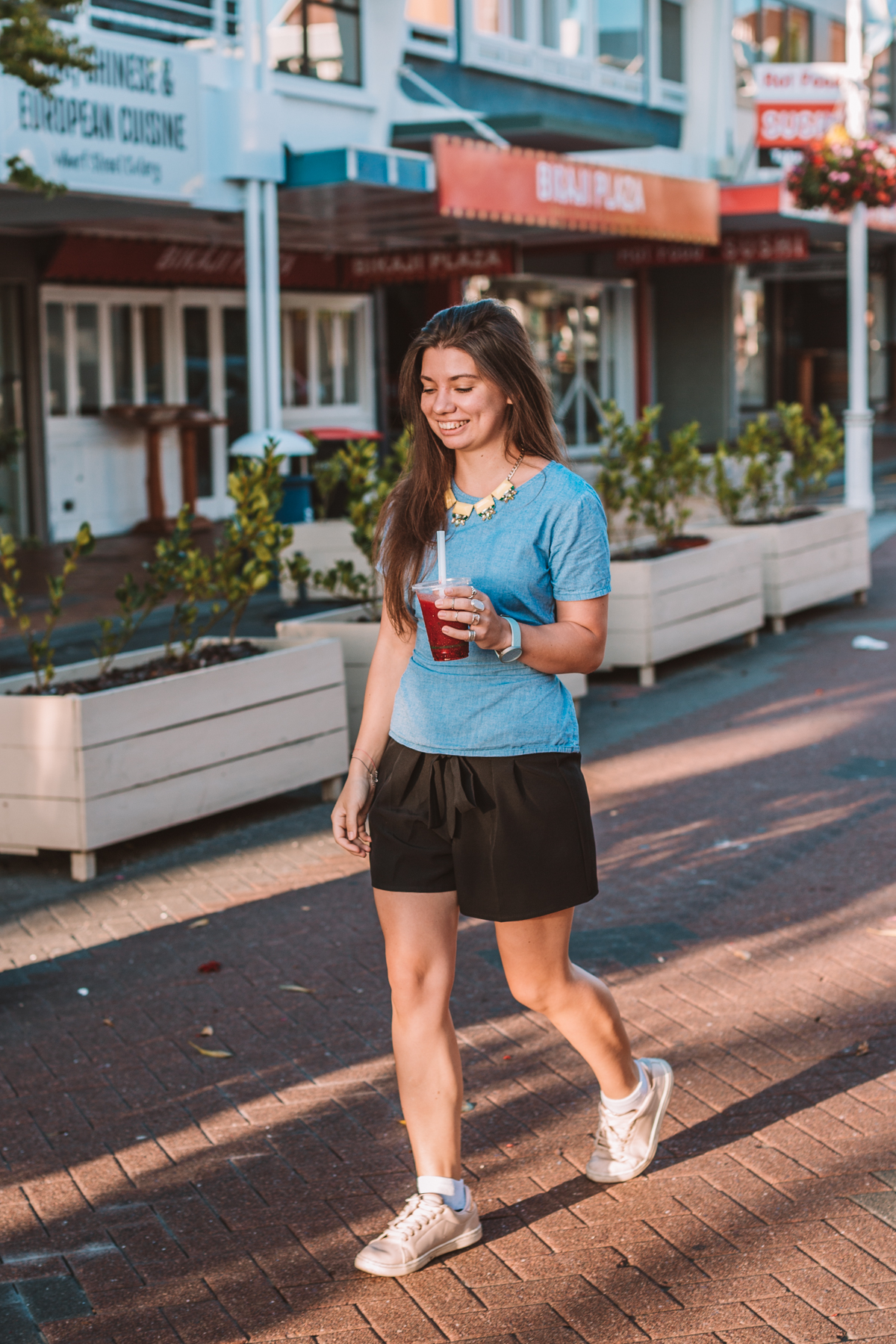 Sustainable and eco-friendly habits that will change your life