Gosh, today we survived (and that is the only word to describe it!) the road from Izhevsk to Samara and the only way to get rid of this stress now is to tell you about the Czech highways. Highways where driving 160 km per hour while chatting via the phone, holding snacks with one hand and searching for the cooler radio at the same time is quite a comfortable way of driving.

The possibility to try this roads I received with an invitation to participate in Skoda bloggers driving experience. And I don’t know now if I ever had cooler trips: first of all, I was driving Skoda Octavia for almost 3 years, secondly last summer I and Alesha travelled between Russian cities on Skoda Yeti, thirdly I was never in Czech before. And after arriving in this country I realized I was the only girl in bloggers group and that somehow makes me be proud of myself.

We were travelling through Czech for two days. But now I have so much impressions, I can’t even predict how many posts more you will have to read:) But let’s start with the emotions of the first day.

We visited 5 cities in 2 days (driving from one to another on Skadas, of course) and the first day included 3 of them. What I especially liked in this trips – we were allowed to decide what we wanted. We were shown 4 autos by the airport: Octavia (hi, my dear!), Octavia Combo, Yeti and the new Rapid.As far as there were more than 4 bloggers on tour we could choose if we wanted to drive or to have a rest this time. Moreover we could also switch cars with each other or use the same one all the time. Before every new ride people from Skoda placed the final destination in navigator and for those who prefer paper maps there were maps of each of our trips with the time and length shown nearby.

I can’t also miss the perfect organization. All that flags and banners at every parking space, lobby or caffe we visited to begin with.

But I need to add some logic in all that now:) 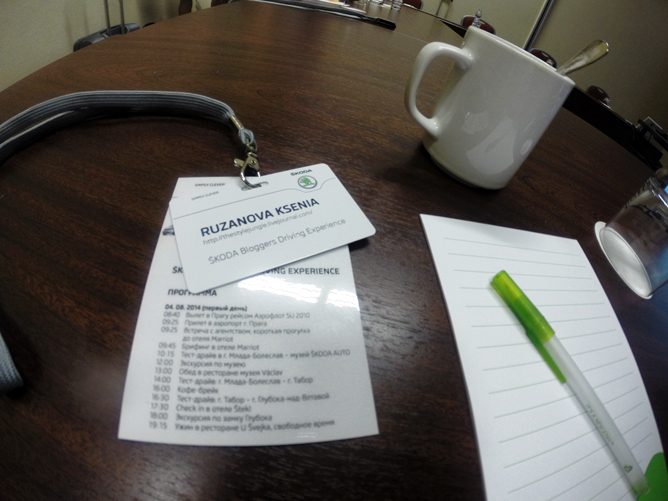 Intersting fact: as well as many other companies Skoda has its own cars for China customers. For example, they use a lot of chrome in inside and change the biggest ever trunk for a smaller one cause no one uses it in China (it’s only needed for poor people who can’t afford supermarket delivery). 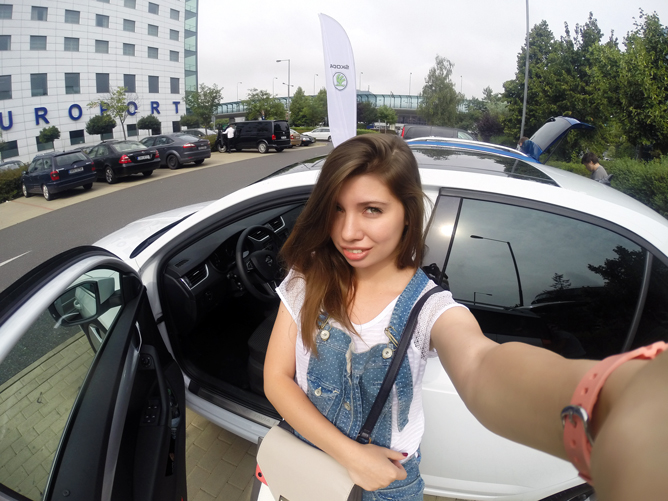 After landing in Prague we all moved to Mlada-Boleslav – a city where the Skoda museum is situated. While going there I was enjoying how familiar I am with this car already and also how perfectly they added Yeti navigation system with Octavia. There were alsos some new improvements. For example, KESSY – starting without keys (yes, I also went through that akward moment when you try to start the car but there is no place for the keys). And I also was impressed bythe “start/stop” system (system that switches the engine off after a full stop). Europeans like it for being eco-friendly and the fact that it spares patrol is not as impostant, of courese:) I tried this system in Milan where we rented a car for the first time. To be honest, first few minutes were rather scary – I was affraid not to switch it on at the right moment. But there is no great delay, especially when everyone around behaves the same:) 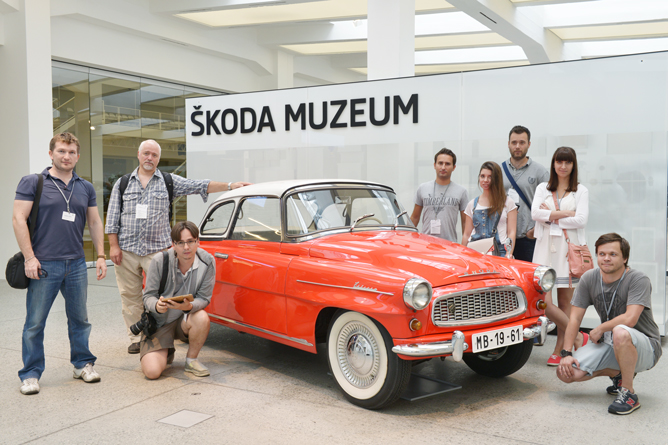 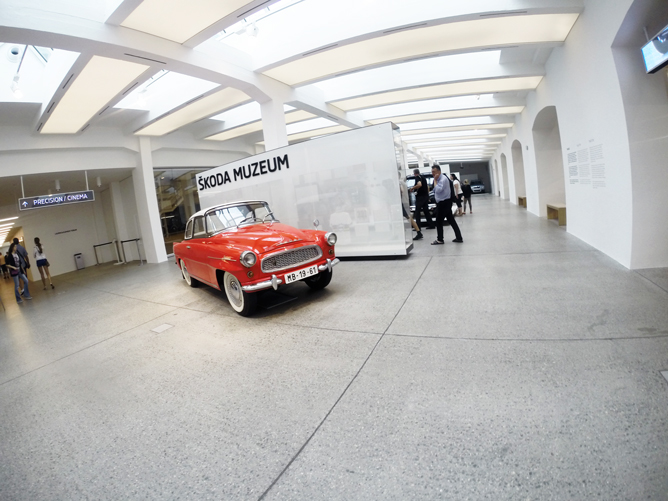 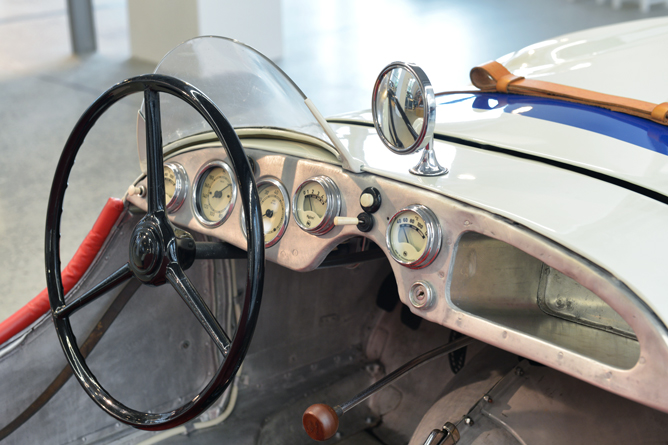 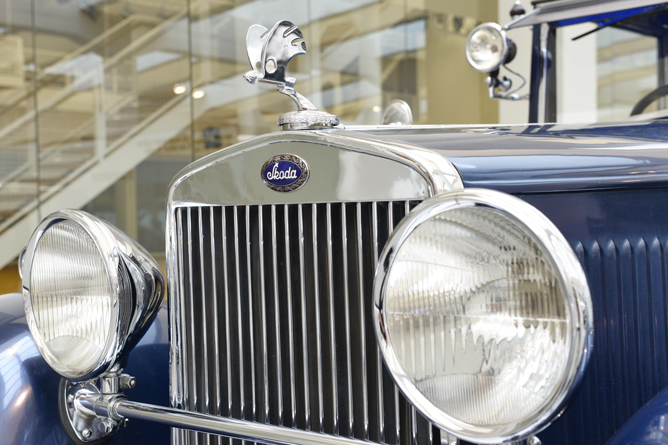 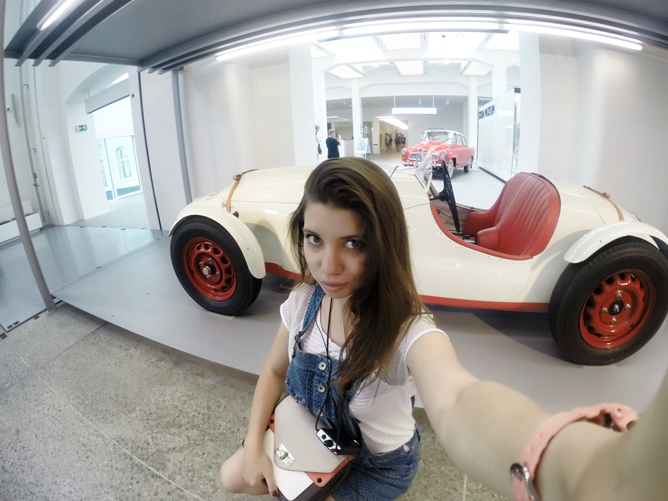 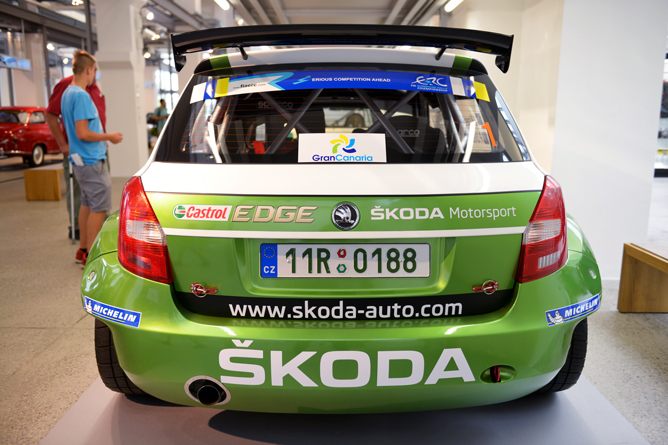 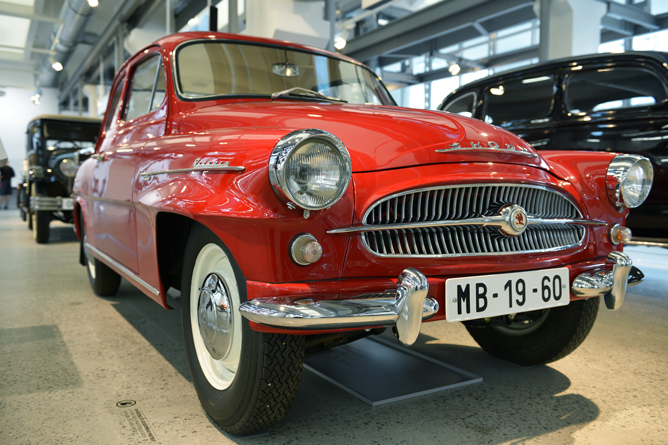 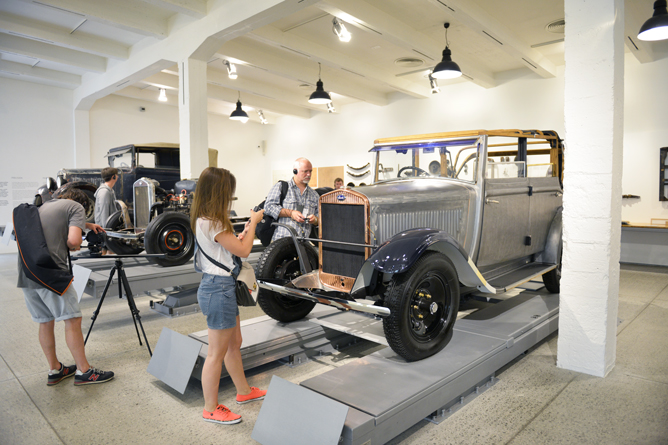 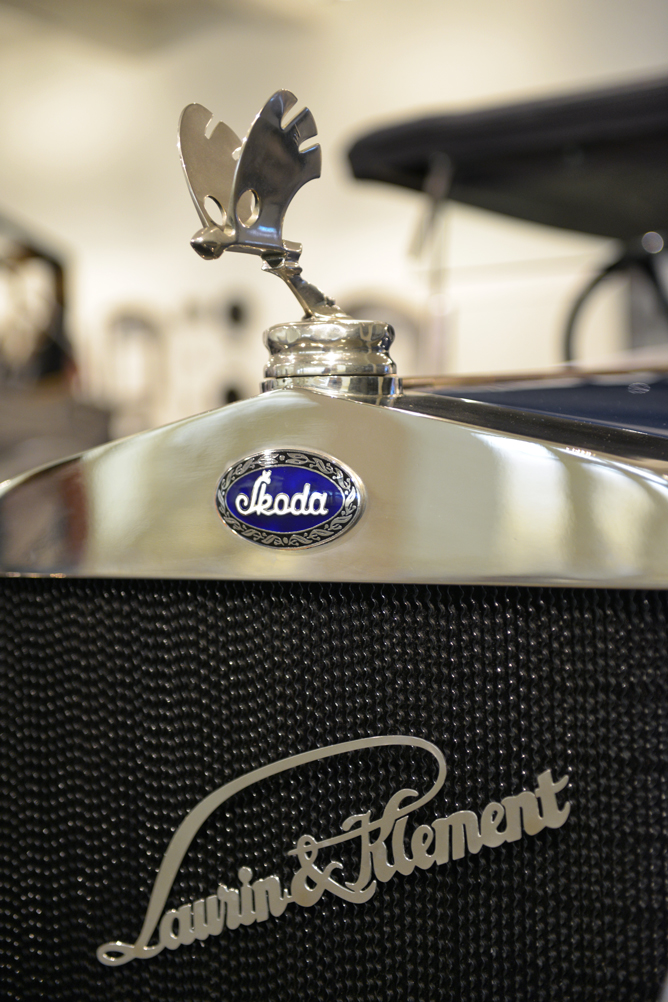 By the way Laurin&Klementwere the founders of the brand. And at the beginning it wasn’t Skoda at all, the called brand “Slavia”, and at the beginning they weren’t producing cars, only bickes. The fact is they simply weren’t satisfied with the fact that it was impossible to fix German bikes in Czech. Why not to make own? And Skoda appeared later, when they united with the auto-concern, named after its founder. 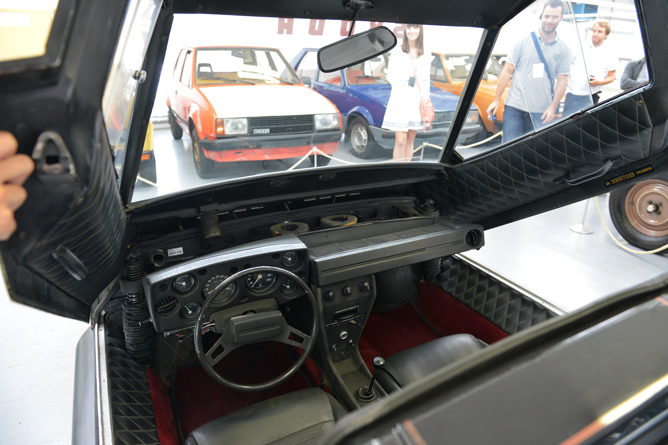 And here goes another crazy car. Skoda Super Sport is more famous as the Ferat vampire after filming in a movie about the car that used her drivers blood instead of fuel. 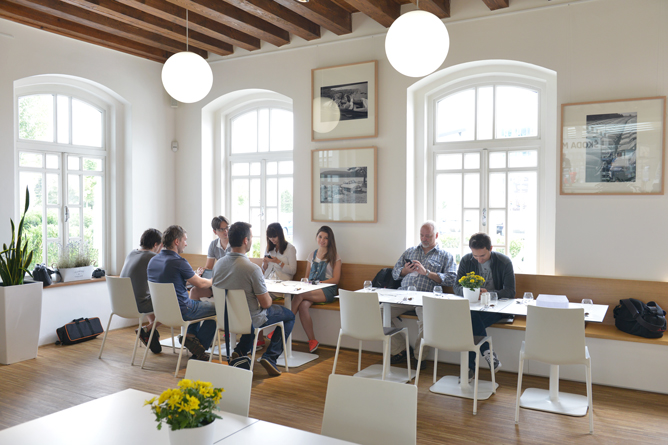 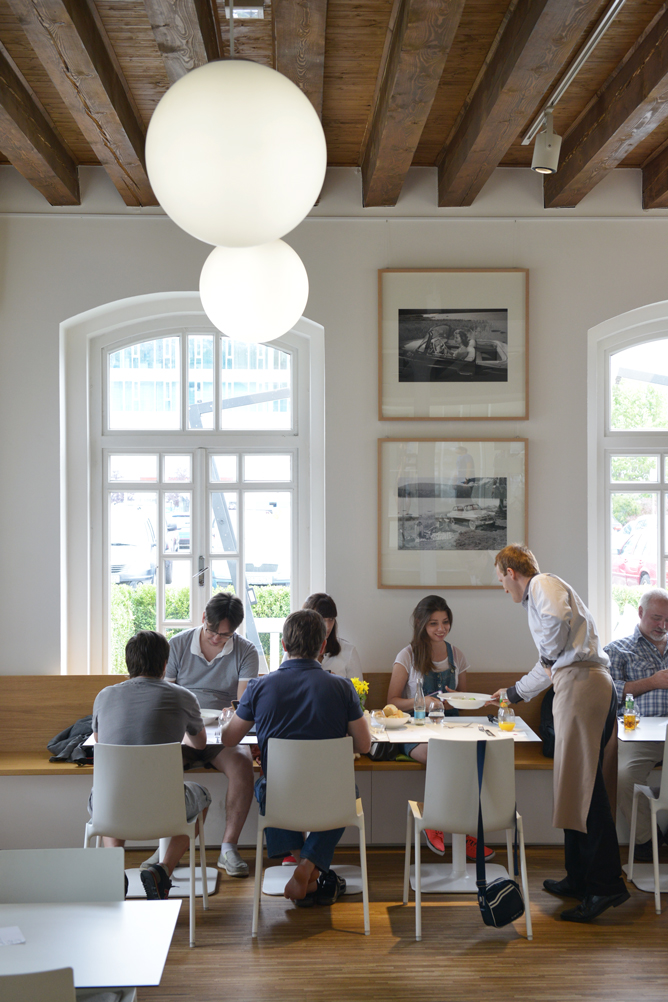 Look,how impressed amI with the veggie soup. At thatmoment I haven’t realized yet how much is Czech cuisine connected with meat. Waiters in different restaurants seemed to even ignore me after I pronounced I was vegetarian. 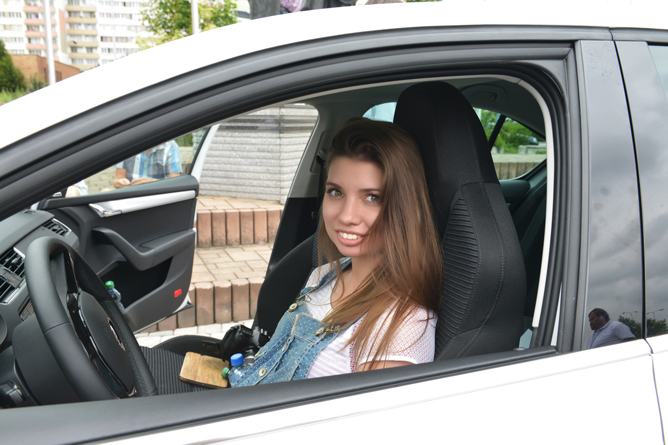 Going to the marveluos Tabor. I acidently got lost in it, but had a chance to look through all that cozy small streets instead. So sad, we only had half an hour there! 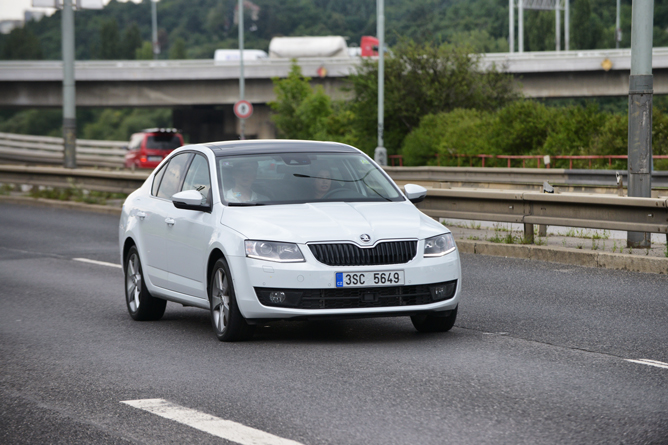 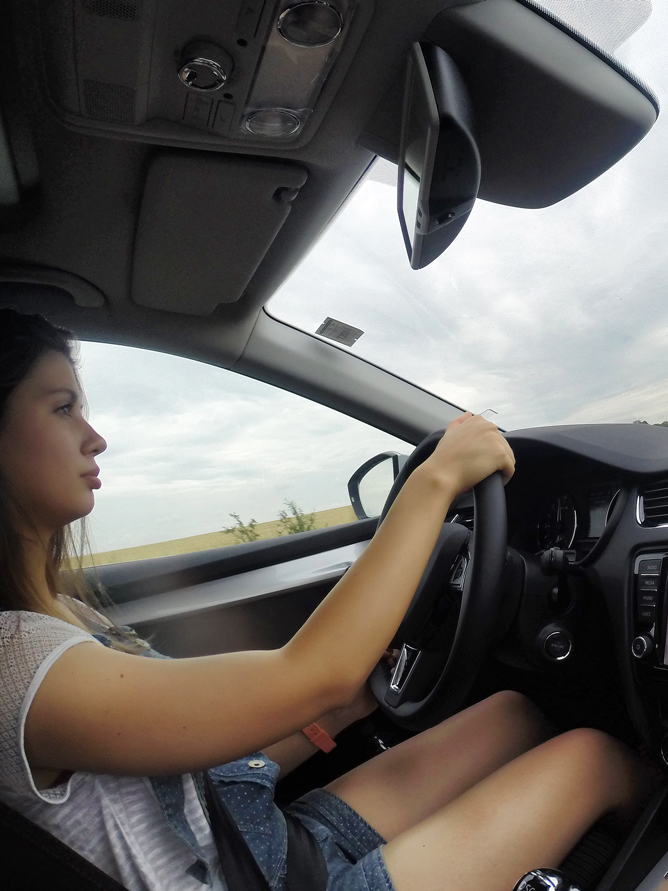 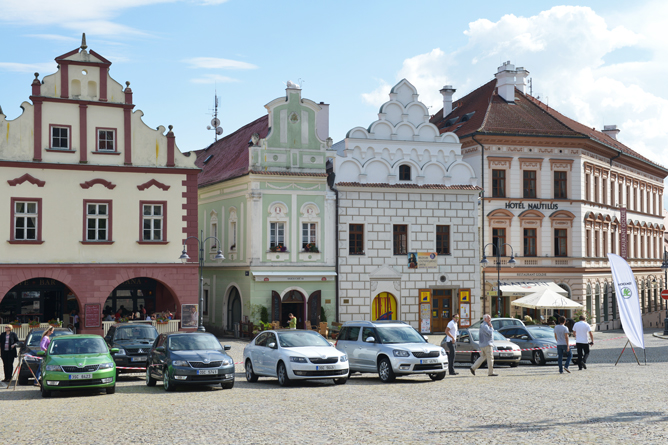 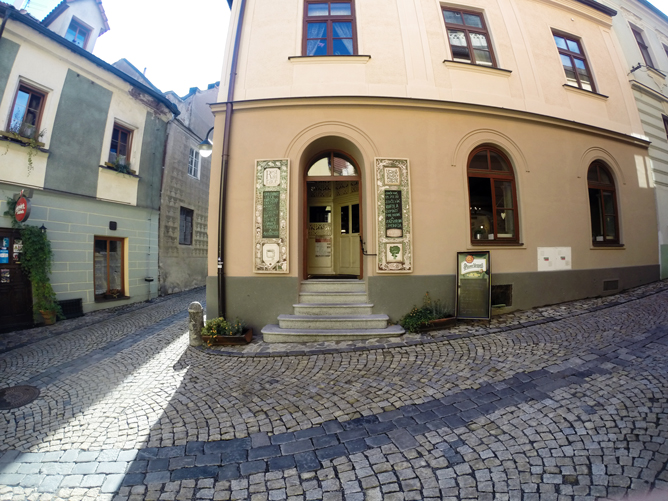 What I always liked about Octavia is hers speed. It accelerates really fast, so overtaking between cars is really a pleasure. And I enjoyed it at Czech roads!

Last destination for that day was historical Gluboka-on-Vltava with its one of the most visited castles in the country. By the way, it was probably the most impressive castles I’ve ever seen. Even Finland old castles had nothing to do with it. I looked so alive and cosy (and you should just try to make 240 rooms look cozy), liked it was only left yesterday. I was so inspired that even remembered that our ancestors seemed to have castle in Czech… May be it’s just the time to get it back?:)

I also liked how excursion was made. There weren’t all that awful sights under the glasses, that immediatly make the castle look like a museum and the guide even allowed us to play the old piano (XVII or XIX century, I can’t remember it properly now). 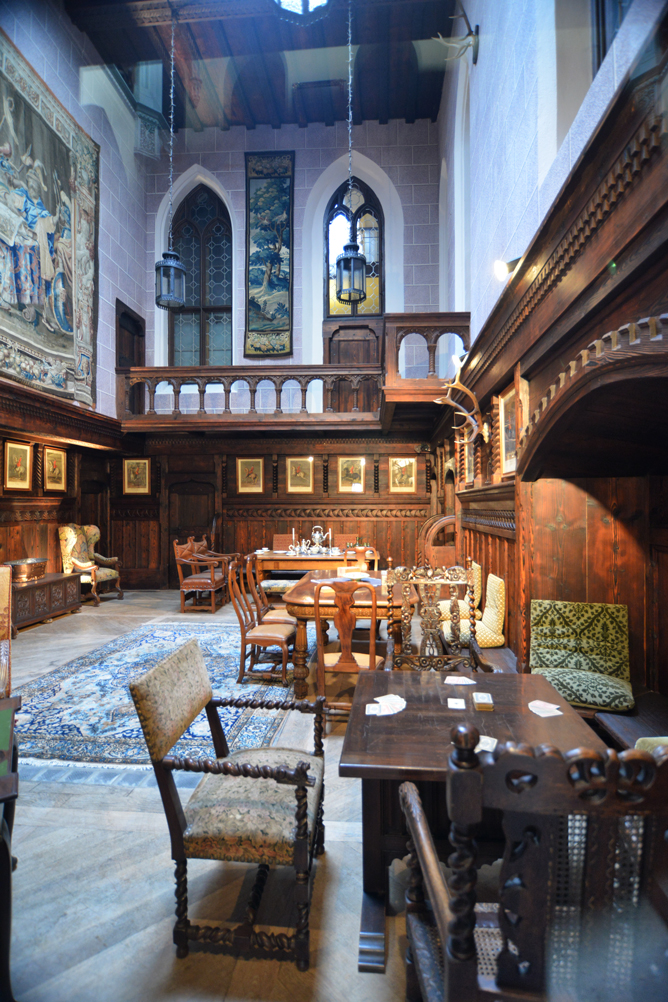 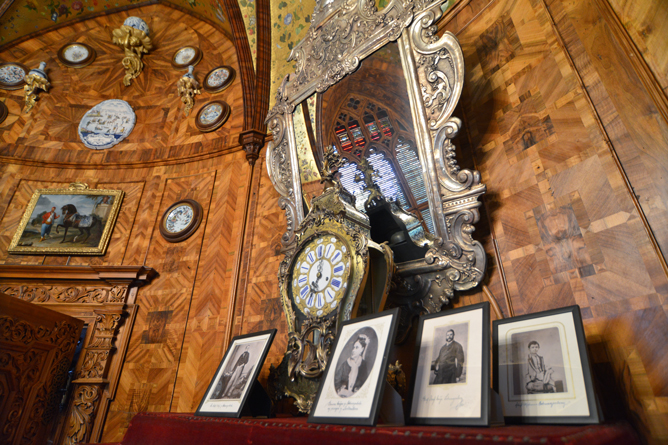 It goes without saying our hotel should have suited our sightseeing program. And it was constructed as a castle as well! 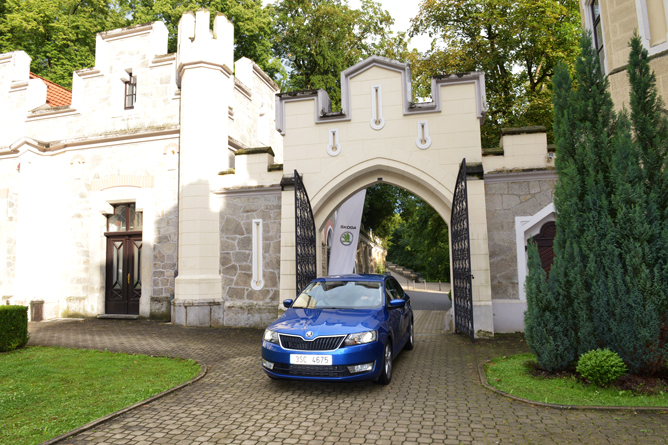 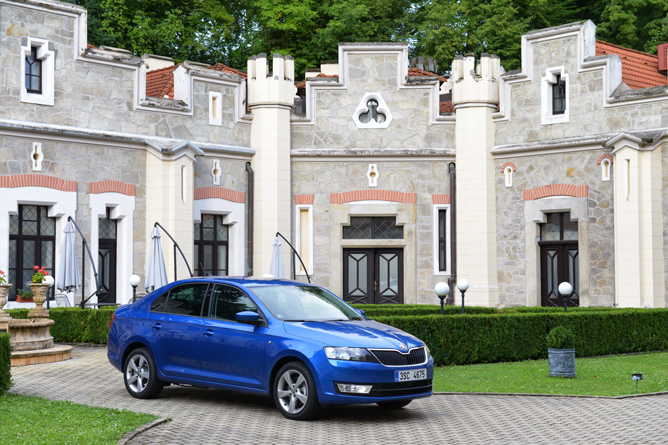 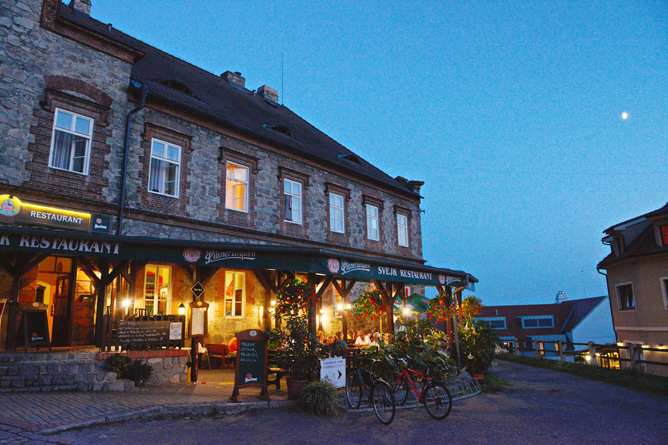 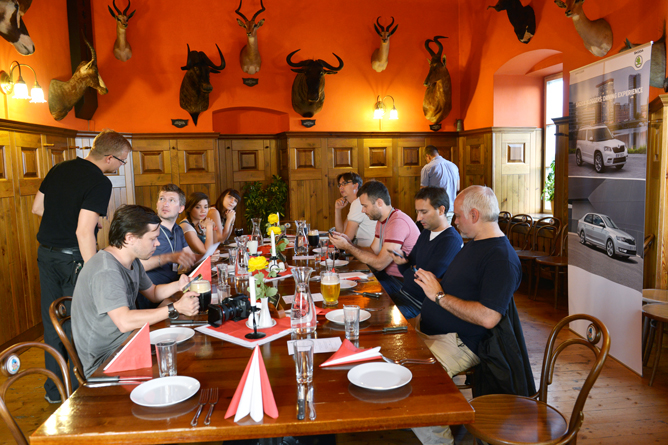 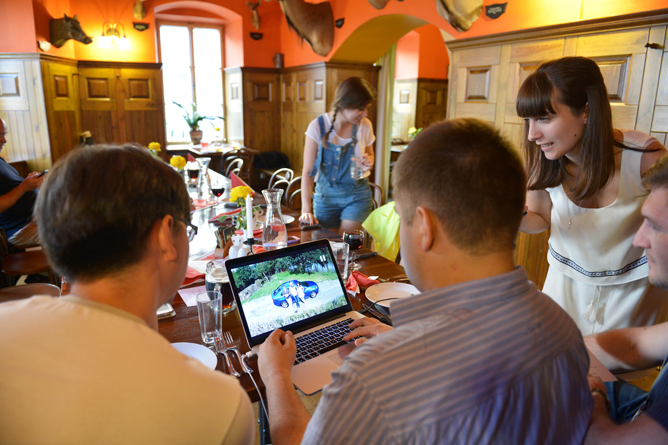 And here it goes – the moment of thruth for our blog. The moment I first saw quadrocopter shootings. I was so impressed I couldn’t fall asleep before Alesha bought the samefor us. Freankly speaking, I still can hardly imagine the existence of the tine camera with wings, but things it’s able to do make me cry ina possitive way. You have seen some shots in our Instagram already (@thestylejungle and @alexeyspodyneyko), but that is nothing in comparisson with what we are working on now! And while waiting I highly recommend to visit Dima’s (a person, who inspired me to by quadrocopter) , where you can already see the coolest photots and video from our trip.

And that is all for today:) There are video and one morephoto-post ahead! Be ready:)

Live your Life, Love your City. Our participants